My Adhd Site | Looking For Adventures

What to do in Krakow? My adventure in Poland

I would love to tell you, in my opinion, what to do in Krakow. I’ve been working as ski instructor in southern Poland and then I decided to spend some days in former capital of Poland, which everyone advised me to see. I’m not a big fan of touristic places. but it was not another modern city with provisional museums of ,,art”. It turns out inside medieval city walls and one will find charming 13th century Main Square and original castle, where kings used to live. In this city memories of great knighthood mix with painful Holocaust ones. Let me tell you about a few places which I really recommend.

One of the best restaurants in Krakow- Wierzynek.

I decided to have a dinner every day around the Main Square. It’s a beautiful, second biggest one in Europe main square and I must admit pretty impressive. Once I entered Wierzynek which claims to have opened its doors to diners around 1364 and hosting king’s retinue. Another time I ate in the center of the Main Square- in Cloth Hall Sukiennice. I was also in Pod Wawelem with a view on Wawel Castle. I had also two recommendations from my polish mates- Zazie Bistro and Albertina Restaurant & Wine.

Believe me- all of them offered delicious supper in royal style.  I hope I have seen everything around- Mariacki Church, Town Hall Tower, the Masc, Sukiennice and Wojciech Church. A ten minutes walking from the Main Square stands majestatic Wawel Castle. If you wonder what to do in Krakow believe me, that’s the answer. Majestic chambers, The Royal Archcathedral Basilica of Saints Stanislaus and Wenceslaus, the catacombs, Lady with an Ermine  by Leonardo da Vinci in the Wawel Museum… 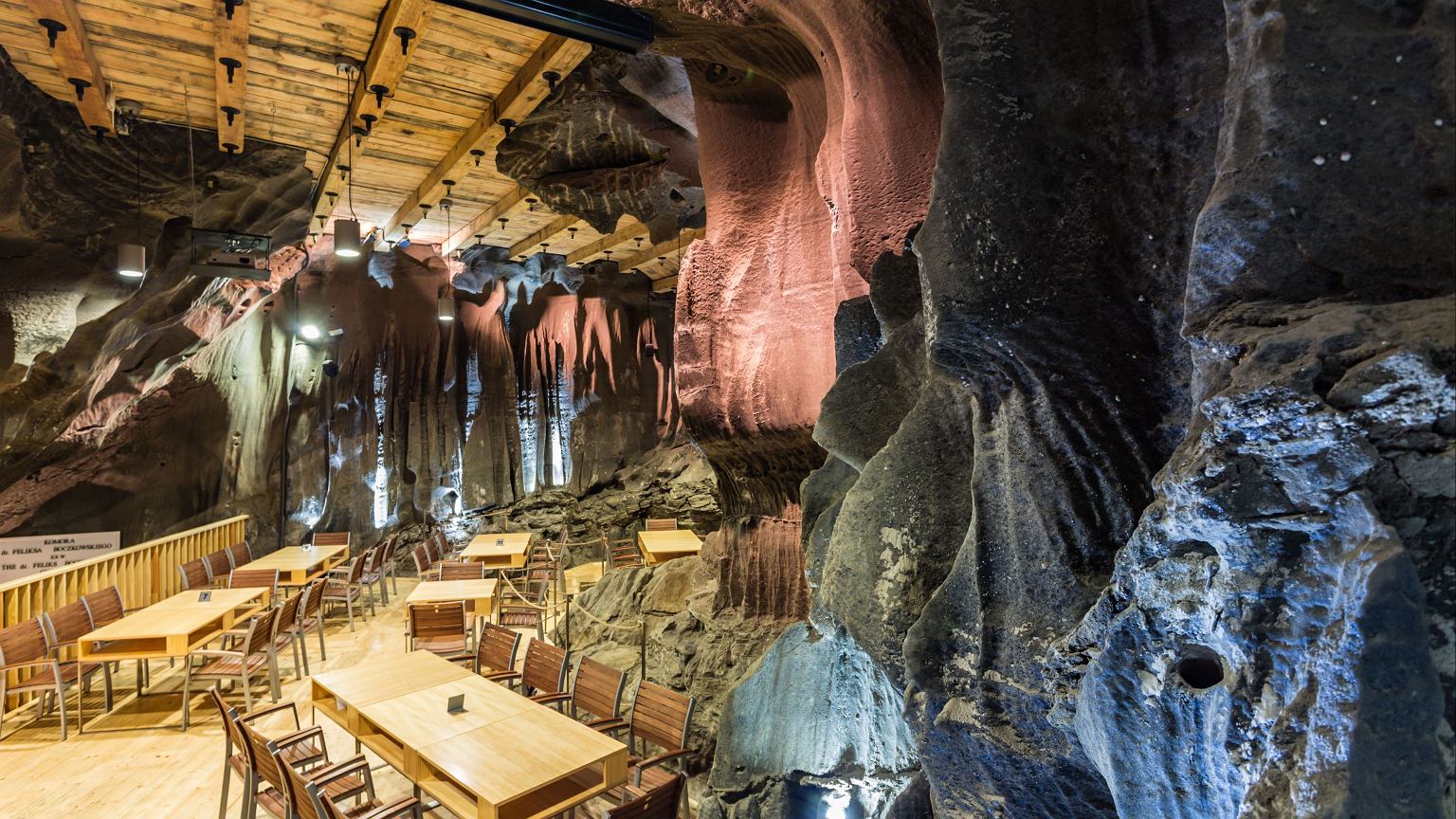 Wieliczka Salt Mine is a beautiful museum underground a few kilometers from Krakow.

I have to tell you about two or even two and a half trips from Krakow which I booked. One was Wieliczka trip- sightseeing underground kingdom of salt. Wieliczka is a town a few kilometers from Krakow. It’s one of the oldest ones in Europe. Salt has been extracted from this mine from 13th century. It’s connected with legends, and superstitions. Salt Mine was a gift of wise Hungarian princess Kinga married to polish prince Boleslaw. Salt was something extremely valuable those times and helped this region a lot. Kinga was respected by her subjects because she really cared for them and was a religious person. Salt mine now is visited by more than one hundred visitors every year. I saw 20 beautiful chambers, majestic salt lake and reconstruction of how the life in the mine looked like hundreds years ago.

The second tour I would like to write about is Auschwitz tour. However, I devoted a separate post for that as there is much to tell about.